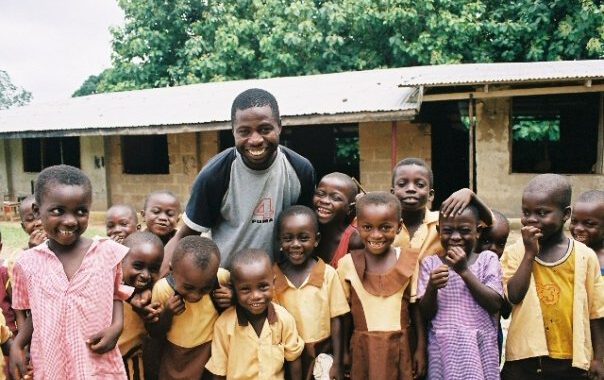 The History of our school dates back to 2006 after our founder decided to relocate back to his home village after his university education. Kwabena Danso grew up in a small village in the central part of Ghana called Yonso from a poor home under the care of his grandmother. In 2006, after his university studies, Kwabena decided to move back to his home village to work on improving the standard of education and livelihood in Yonso and the surrounding villages. Kwabena, together four American friends, namely Sonja, Nick, Sam and Tony, founded the Yonso Project in 2007, which provided libraries, scholarships for the schools and communities in the area. The organization also provided business training and microfinance to women in the area.

Whilst these programs had a huge impact, Kwabena felt there was larger work left to be done. With high levels of corruption and the continuous decline of the standard of education in the public schools, it became apparent that there needs to be a paradigm shift about how these children are train and educated. The goal was to re-orientate young minds to think differently and to see corruption as a bad thing and to uphold values that bring equity, development and justice to each and everyone. In 2016, Kwabena’s dream of starting a new school to champion this cause gained support and through personal savings, support from the Umwelt Bank in Germany, the my Boo Ghana School foundation in Germany, the Yonso school project started. On 16th September 2019, the school officially opened with over 100 children starting from day one. The school started with 14 teachers, 3 kitchen staff, 2 cleaners, and 2 security men.